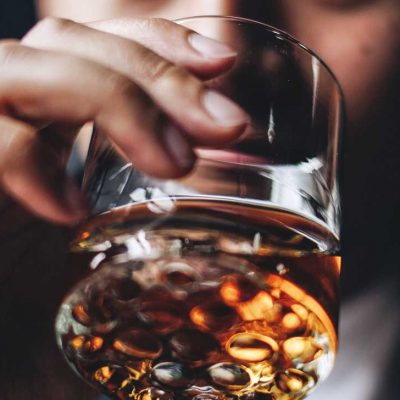 If you go looking for it, there’s a deluge of confessional articles on the internet about alcoholism. The kind of drinking that’s sexy, unreal, irreverent, legendary. Black-outs, rock star excesses, risky incidents. When it ends, it ends with a bang. A breakdown, a DUI, rehab. If you came here for that, I’m afraid I don’t have one of those stories to tell. I once woke up hungover at 4pm on New Year’s Day with toast stuck to my face, and at the time, I thought, well, ‘wow, this is the worst’. In other words, I did not excel at drinking. Neither did I hit rock bottom before I gave it up. I had a job and a library card and was trusted to babysit other people’s children. There was no problem. Except, of course, I knew there just might be a problem. I was always a bit anxious, but I thought I was just made that way. I self-identified as a complete scaredy-cat, but I thought that a crippling lack of self-confidence was just me. You know, some people are tall and some are short and some people have a crippling lack of self-confidence. My twenties rolled slowly by and life seemed to get harder every year, but I told myself that was just life; that life was full of scary things. At least there was alcohol. A glass of simmering champagne at a wedding, an ice cold beer after work, a neat whisky in a dark bar – these were the rewards due for getting through the days. Alcohol was one of the few reliable good things in life. It was a safety net in bad times, a dusting of starlight in good times.

I went on holiday with my mum to the North coast of France, perhaps a month before I stopped drinking. At that time, there was a new feeling that I couldn’t quite face. France was beautiful – bright sun, blustery wind, raggedy sea – but mostly I wondered at this feeling that followed me everywhere. It tugged at my sleeve. It was there when I work up in the morning. Something was wrong.

My anxiety was getting bigger. Sometimes it overwhelmed me.  The hangovers were getting worse. People I knew were going travelling or making great strides in their careers. These were things I had imagined for myself when I was eighteen, but over a decade later, these kinds of successes seemed out of reach for me.

There was no rock bottom, and yet, I knew. My gut instinct (despite my best efforts to drown it in gin) made one last valiant attempt to get my attention. Thank goodness, for once in my life, I listened. I faced the feeling. Something was wrong. It was not just me, not just life. I began to suspect that alcohol – the starlight, the safety net – was not helping me to cope. It was the problem.

Even though I’d admitted this to myself at last, I was still really, really sad about giving it up. I was certain that rest of my life would be dull and grey.

‘That’s it’, I thought, full to the brim with self-pity. ‘Nothing exciting will ever happen to me again’.

This is the story of what happened next.

The internet may be mostly porn, cat videos and tweeted abuse, but there’s a few kind and caring corners, and I found one of them: the sober blogs. For the first couple of weeks off the booze, I stayed in bed every night with my laptop and read all the posts I could find by people who did not have a ‘visible’ problem with booze – those who couldn’t moderate, those who had never been on a date sober, and all the parents out there who threw two bottles of wine over themselves every night after the kids had gone to bed. With everything I read, I realised, I was far from the only one. The people writing about their experiences were non-judgemental and they seemed, well, normal.  They had made the same mistakes I had made. They wrote of the way life would inch open, brighten incrementally, with each day away from alcohol.

I learned from the internet that the first few weeks after the last drink are when you white-knuckle it. My mantra at the time was protect and distract. I shouted it like I was on some kind of mission involving night-goggles and lots of ducking and rolling. I had to protect myself from well-meaning people (‘but you don’t have a problem! Go on, one won’t hurt’) so I had to dump my whole social life for a while. Then I distracted myself by eating kilograms of chocolate and watching every episode of Parks and Recreation, in bed, wearing pyjamas and a woolly hat.

I cried about my stupid twenties; all the days lost to hangovers, the people I’d hurt, the awful things I’d said and done when drunk.

Feelings arrived like a well-trained army and laid siege to me. I cried about my stupid twenties, all the days lost to a hangover, and finally found my way to the agonising guilt and sadness that I carried around about the people I’d hurt, the awful and thoughtless things I’d said and done when drunk. Early sobriety is a time when things are dislodged, unstuck. I mourned for the past and the future. You name it, I cried about it. It was an expansive misery which I somehow extended to include pretty much the whole world. I guess I was feeling rather grandiose about it all (another feeling to add to the list). All I could handle at that time were nice things. Nice, gentle, unsurprising things. I watched all the cat videos. I got heavily into chai lattes. This is what it means to white-knuckle it. It’s a rough ride, and you just hold on tight.

When I came out of my pyjamas-and-chocolate cocoon, I found that the days were long. I began to train for a half marathon. This was when not-drinking started to really make sense. I realised that my body could be strong again, that I could feel young again. I got up early at the weekend. I did all the things I had always meant to do – writing, cooking, phoning people up for a real conversation. I ran the marathon with a friend. I made us matching t-shirts that said WITNESS THE FITNESS across the front, and I was grateful to have a friend who put up with that kind of thing.

Alcohol is, above all, an anaesthetic. I’d chosen to be numb instead of brave.

The next year of my sobriety brought a promotion at work, and the purchase of my first flat. These were things I would not have pursued when I was drinking. I began to see what a small space I had lived in, when every ambition, every untested pleasure, was always ditched in favour of the reliable undemanding fun of alcohol. A wise woman once pointed out to me that alcohol is, above all else, an anaesthetic. I had chosen to be numb instead of brave.

One summer afternoon, I was tired and frazzled and very sober, in the middle of moving into my new flat, surrounded by the shards of an IKEA flat-pack disaster, and a very large springy mattress, freshly delivered, dumped on the floor because there was no bed frame. I was on the phone, waiting on hold to speak to customer service at Ikea. This was exactly the sort of low-level stress that would once have had me cracking open a beer. Then I noticed that the hold music was, of all things, 1980s glam rock. The big-hair, tight-leather-trousers stuff. The moment seemed so funny, all of a sudden. I put the phone on speaker and, without discussing it, my boyfriend and I started jumping around, pretending we had big back-combed hair to swish around during our very energetic air-guitar solos. We held hands and danced around in a circle for a while. It was ridiculous. We looked ridiculous. And it made everything ok. I thought,‘this is what I’ve been missing’. I used to think drinking was the only way to let loose and be silly.

Life became stable. Days were filled with joy more often than not. My anxiety was nothing more than a faint flutter now and then, when I walked into a party sober, or danced at wedding. A faint flutter – just an imitation, a ticklish reminder, of the colossus that had ruled over me.

It has been three years since I stopped drinking. I have grown up more in these years than I did throughout my twenties. When I remember those old boozy feelings – the paralysis, the struggle to get through life – I feel a little sad that I put up with that for so long. As long as I never hit rock bottom, I could kid myself that I was doing just fine. But alcohol kept me in a small room where the same things happened day in, day out.

A life without alcohol is one in the open. Walls became doors.