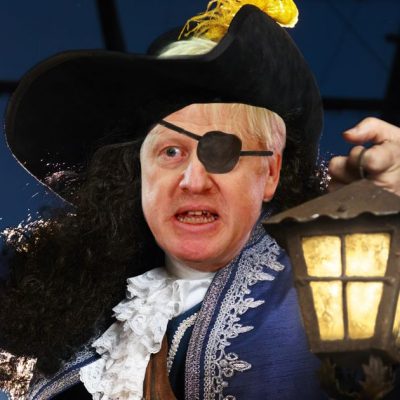 Silly me. There was I thinking that the grand new opportunities awaiting Britain after Brexit lay across the oceans. But the Johnson government’s latest moves – its freeports wheeze, its new EU treaty violation, its resort to the pork barrel – reveal that the buccaneering actually begins at home. Perhaps this is just as well: the promise of Global Britain finding its economic salvation through a slew of advantageous new free trade agreements is looking increasingly bare. The star prospects, the United States and China, have for different reasons dimmed (ironically, just as the European Union moves to seal its new investment deal with the Chinese). British hopes are now pinned on the Indo-Pacific, and in particular the new El Dorado of the Comprehensive and Progressive Agreement for Trans-Pacific Partnership (CPTPP) – the 11-nation regional trade agreement that the UK government is hot to join.

True, the Asia-Pacific looks likely to be the world’s most economically dynamic region for the foreseeable future. But the United Kingdom already has bilateral deals with Canada and Japan (as does the EU), and is negotiating others with Australia and New Zealand (again, like the EU). And all the CPTPP nations suffer the handicap, from the British perspective, of lying on the far side of the globe. Even in today’s connected world, geography still matters when it comes to trade. The tried-and-tested ‘gravity model’ for trade flows reflects, as its name suggests, that trade volumes depend significantly on the proximity and size of prospective markets. So UK exports to the 11 nations amount to less than it sold to Germany alone in 2018. It is not nothing, and would no doubt increase with membership of the partnership; but the best realistic hope is some compensation, not a substitute, for the loss of the EU’s single market.

Happily, we need no longer obsess about all that faring-forth – the world, it seems, will come to us, or more specifically to the eight new freeports that the finance minister, Rishi Sunak, announced with his budget on 3 March. “We want the new Global Britain to be a hub for international trade and investment, partnering with our friends around the world as an independent trading nation. Revitalising our port regions through an ambitious freeport policy is a key component of realising this vision”, Sunak has declared. And ambitious the plans certainly are: it turns out that the “port regions” can be up to 45 kilometres across. The Humber freeport, for example, covers Hull and Grimsby as well as the ports of Goole and Immingham, all located along the Humber Estuary, which empties into the North Sea. So they will be less ports than city-states – Singapores-on-Sea, one might say, qualifying for all manner of tax breaks and subsidies, and enjoying wide freedoms from tiresome regulations. Alongside local regeneration, attracting international investment is a key aim.

A new report from the research group UK in a Changing Europe does not share Sunak’s enthusiasm. It points out that the UK had freeports until 2012, but then gave them up. They risk simply siphoning off business from neighbouring British regions, with an overall loss of public revenues. Nor does the UK’s new tariff regime offer the traditional freeport benefit of “tariff inversion” (whereby high-tariff parts and components are manufactured into low-tariff finished products before re-export). The academics conclude that: “The only groups that are certain to benefit from freeports in the UK are businesses (presuming they decide to relocate operations to the freeports) and high net-worth individuals.” But then – who did they imagine this government was aiming to benefit? And, lest anyone fear that the creation of these vast new economic zones covering hundreds of square kilometres might in some way be open to abuse, bidders were specifically asked to explain how they would guard against “illicit activity, including organised criminal activity, money laundering, smuggling and illegal immigration”. So that’s all right, then.

Freeports were not the only highlight of budget day. Sunak also announced the towns that would share a £1 billion regeneration fund. The Financial Times correspondent was unkind enough to point out that 40 of the 45 lucky towns were represented by Conservative members of parliament – and that the prosperous rural area of Richmondshire, in Sunak’s own constituency, was a surprise candidate for help for a separate Levelling-Up Fund. With a third centrally controlled regional aid fund now also coming under scrutiny, the whiff of the pork barrel is now widely detected.

Meanwhile, the government has made another move to breach the terms of its withdrawal agreement with the EU, by unilaterally putting off the start of checks on goods moving from Britain to Northern Ireland. This has engendered predictable consternation in Dublin and Brussels. Boris Johnson, of course, has never had any intention of instituting these checks properly, first denying the legal requirement for them, and then failing to take timely implementation action. The breath-taking unconcern for Ireland’s fragile peace has been endemic in the Brexit enterprise from the start. But it takes a particular brand of recklessness to revert to law-breaking on this hypersensitive issue only a few short months after the collapse of the first such foray – a U-turn forced by the discovery that, though Johnson may not worry about Irish peace, Joe Biden emphatically does.

So those who think the British should now be channelling their piratical forebears have had a good week. Reckless, insouciant, and shameless: the British buccaneering spirit is alive and well, and living comfortably in Westminster.

Nick Witney is Senior Polciy Fellow at the European Council on Foreign Relations (ECFR). This article was republished by kind permission of the ECFR. View the original article here:https://ecfr.eu/article/brexit-britain-the-buccaneering-begins-at-home/