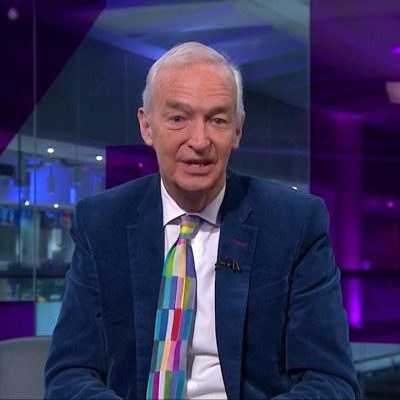 In 2019, in one of several no-shows during the UK’s general election campaign, Boris Johnson refused to attend a televised leaders’ debate on climate change.

The broadcaster, Channel 4, decided to ‘empty chair’ him, replacing the prime minister – as it also did for the Brexit Party leader Nigel Farage – with an ice sculpture that melted away under studio lights as the debate took place.

The Conservatives’ response was to accuse Channel 4 of “a provocative partistan stunt” that was part of “a wider pattern of bias”, and threaten to review the broadcaster’s public service remit if they were re-elected.

Now, with the announcement by the culture secretary Nadine Dorries that the government will push ahead with its plan to privatise Channel 4, it appears that revenge is served.

You can tell who this is intended to please from the delighted reaction of right-wing commentators associated with GB News. “Woooooooo! Go Nadine,” gloated the former Sun journalist Dan Wootton. “Now let’s see if their left-wing news service survives in the commercial market.” It was “bonkers,” added Tom Harwood, “that any media in a free country is owned by the government.”

Less than two months away from local elections, this looks like another piece of red meat tossed out to shift the focus away from Partygate and the cost of living, and back to culture war territory. Johnson’s government is hardly alone in attacking media outlets it dislikes – indeed, the complaint that journalists are biased has been central to right-wing populist rhetoric around the world in recent years. But what sets the British Right apart is its particular mix of populist tub-thumping and free-market boosterism.

In other parts of Europe, for instance, right-wing populists have neutered the media by increasing state control of public service broadcasters, rather than relinquishing it.

Hungary’s Viktor Orbán has consistently undermined the independence of MTVA, the national public broadcaster, since his election in 2010. In particular, he has turned the organisation into a shell company that makes it exempt from the law regulating public-service broadcasting, leading the European Federation of Journalists to conclude in 2019 that the country’s public service media “have been deformed into state media”.

Similarly, Poland’s ruling Law and Justice Party has turned the national public broadcaster TVP into a government mouthpiece since winning office, changing the law so that it can directly appoint the network’s head. In 2019, the channel was widely criticised after the murder of Paweł Adamowicz, the mayor of Gdansk, by a far-Right extremist. TVP had demonised the opposition politician, who was a prominent supporter of refugee rights. (TVP’s response was to sue its critics.)

There is more than one way to undermine public service broadcasting, however. Corruption and persistent underfunding can do the job.

An ongoing judicial inquiry into corruption under South Africa’s former president Jacob Zuma has heard evidence from employees of the South African Broadcasting Corporation of political interference and the erosion of editorial independence in their work.

In Brazil, after the impeachment of Dilma Rousseff in 2016, the government of Michel Temer moved to take more direct control over EBC – the public company that manages national television and radio networks. The move led to a strike by journalists in protest at political interference. Since his election in 2019, however, Jair Bolsonaro – who, like other right-wing populists, tends to accuse outlets that broadcast unfavourable media coverage of lying – has threatened to simply close down the company. 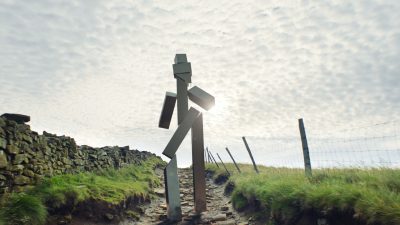 Johnson’s government is taking a different path from all of the above. Its own political style is an uneasy mix of right-wing populist themes, which often promise greater state intervention, and appeals to Thatcherite free-market ideology.

You can see this in Dorries’s convoluted justification for privatising Channel 4: she has said that privatisation will help the channel compete with streaming giants such as Netflix and Amazon, but also that it will serve the government’s hazily defined “levelling up” agenda.

As with much else promised by Johnson, there is a libertarian sheen to the government’s proposal for Channel 4. But market dynamics, although they give the illusion of greater choice, end up damaging media plurality too.

To see how, just look at the UK’s own privately run newspaper industry. Research last year by the Media Reform Coalition found that three companies own 90% of the newspaper market. As the researchers argue, “concentrated ownership creates conditions in which wealthy individuals and organisations can amass vast political and economic power and distort the media landscape to suit their interests.”

The government doesn’t need to interfere with newspapers, you might say, because it already has Rupert Murdoch and the Barclay brothers. But commercialisation itself can be a threat to plurality. As the sociologist Tom Mills recently argued, the history of Channel 4 itself illustrates this point.

When the channel was established in the early 1980s, it was funded by a form of subsidy – from the advertising revenue of the much larger ITV – that allowed it to commission experimental programmes and give a platform to alternative perspectives. A major reform to broadcasting law in 1990, however, ushered in a new era of commercialisation, significantly narrowing the channel’s output.

Privatisation would narrow that output further still, leaving the UK media even more open to domination by global corporations, or wealthy individuals who have the money to pump into new ventures even when there’s little prospect of immediate return. That’s a far cry from a democratically-controlled media that reflects the diversity of experience and perspective in the UK – but no wonder the presenters at GB News love it.

This article was first published in Open Democracy: