Can we create a new narrative on how simple, bold actions can save the future? Despite a grim 2017, Lilly Markaki discovers glimpses of light in the darkness 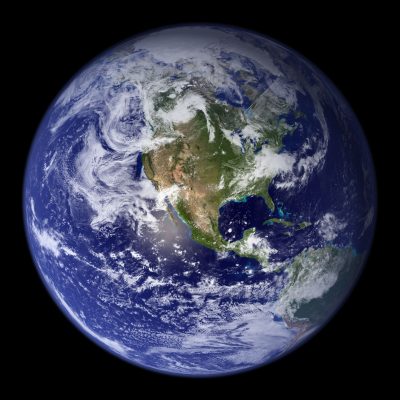 “Do you photograph a man when he has just been shot and in danger of dying, or do you get a band-aid?”[1]

As the end of the year approaches, it’s customary that we pause and look back to all the things that happened in it. How will we remember 2017? This was the year of the ongoing Brexit debacle, the year Donald Trump became President, and announced his plans to erect a wall separating the US from Mexico, the year he banned transgender people from serving in the US military. It was also the year YouTube was observed censoring LGBT content, the year the FFC rejected Net Neutrality. In 2017, powerful men were accused of sexual misconduct and powerful men threatened to start a nuclear war. In addition to all this, 2017 was marked by over 500 ‘terrorist’ attacks –including here bombings, shootings, and stabbings – with at least 273 mass shootings taking place in the US alone. 2017 was the year the Grenfell Tower burned to the ground, the Eastman chemical plant exploded, an oil tank exploded in Pakistan…Planes fell and trains crashed this year. And we had to deal with tornados, hurricanes, earthquakes, and wildfires everywhere in the world.

What’s more, in 2017 we learned from the UN Refugee Agency (UNHCR) that at least 1,073 people were recorded dead or missing on the passage between Libya and the Mediterranean – a situation that, in his resignation letter to the DiEM25 in July, theorist and activist Franco Bifo Berardi described as “Auschwitz on the beach,” declaring that he was no longer – that he, in fact, had “never been” – European, further stating that “extermination is the word that defines the historical mission of Europe.”[2]

This year conflict arose or continued to exist in at least 22 places in the world. Finally, a 150% rise of plastic waste in our seas was recorded in 2017, while 16,000 scientists came together to publish a (second) warning to humanity over the health of our planet. Of course this was not all, but it’s hard to breathe at this point, let alone continue.

“We are in the midst of a cynical self-reckoning as the not-too-illustrious children of a not-too-illustrious epoch that will consider itself truly fulfilled only when every individual writhing in it – after languishing in one of the deepest shadows of human history – will finally attain the sad and temporarily self-evident goal: oblivion,”[3] writes Hungarian author László Krasznahorkai in his short story He wants to forget from The World Goes On, published in English this year.

Yes, of course, good things also happened this year. Trump, as CNN’s Frida Ghitis observes, has actually “revived feminism, saved satire and reinvigorated journalism.”[4] A woman reportedly donated the food from her cancelled $30,000 wedding to the homeless, and 15-year-old Salvador Gómez Colón launched a crowdfunding campaign called Light and Hope for Puerto Rico, raising over $50,000 for post-Hurricane-Maria Puerto Rico. And, of course, we didn’t all die this year. But to think that the good in the world is anywhere near enough to balance the evil, would be to bury one’s head in the sand. “Extinction”, as philosopher Ray Brassier wrote ten years ago, “is not of the order of the experience,” but it is “real.” [5] The good thing is that it might not be the only possibility available to us. If the cosmos is slowly, naturally dying (as all things must), we don’t have to contribute to the death; we can see to it that it’s not quick or easy.

The first challenge would be to overcome our fear. The second, and biggest, would be to overcome ourselves – vanity was Marcel Duchamp’s “only concession to humanity,”[6] according to fellow artist Hans Richter. We would also need to become much more observant, better at connecting the links and closing the gaps. “The environment has long been a silent casualty of war and armed conflict,”[7] wrote Karl Mathiessen three years ago. From the contamination of soil to deforestation, war disturbs our ecosystem. The devastation of the latter and climate change, threaten, among other things, food security. But we’re not used to thinking this way, although it’s already there in the word: we call it eco-‘system’ for a reason. “A system is an entity with interrelated and interdependent parts; it is defined by its boundaries and it is more than the sum of its parts (subsystem). Changing one part of the system affects other parts and the whole system, with predictable patterns of behaviour,” [8] system theory tells us. “Without sea ice, there is no sea ice ecosystem and losing that ecosystem includes losing polar bears.” [9] We’re losing our cute friends. Funnily enough, at the same time as this is happening, some dream of a thing they call ‘de-extinction’. “Playing God: should we revive extinct species?” a Guardian article asked a few days ago. I’m sure I’m not alone in perceiving the irony of the matter and in thinking that, were we to do such a thing, we’d basically watch them die all over again. Why not preserve the living, absolve the dead?

“Most of us go through life trying to focus on what works for us,” says Joan Didion in The Center Will Not Hold, a Netflix documentary about her life and work that came out in October. And, if you watched Werner Herzog’s Lo and Behold, Reveries of the Connected World (2016) you will have heard SpaceX CEO Elon Musk talk about his plans to colonise Mars. Mars works for him. Even the moon works better than our own Earth. How much money goes into his project, I wonder, and what could this money do here, on and for our planet? Obviously, as Lester Brown writes in Plan B 4.0: Mobilizing to Save Civilisation, “nature is the timekeeper but we cannot see the clock.” [10] And so it’s easier sometimes to imagine an exit, just in case the end is nearer than we think and act. But maybe we could work things out. Maybe we can, somehow, slow down that invisible clock, the ticking of which we can, remarkably, still hear. I propose that this year we all pick at least one fight, a front, and fight well.

If the case being made for animal rights isn’t enough to convince us, let’s concentrate on the impact on the ecosystem of livestock production and stop eating meat. Let’s buy ourselves and our friends a fancy water-bottle. Choose natural fibres, wash only when we need to. Repair things, instead of replacing them. Find ways to transform our waste into new material. Write our local MPs (or equivalent) and ask them to raise the resettlement quota for refugees in our vicinity. Offer the homeless no less than a cup of tea or a meal. Stop supporting those who support conflict. And when we go on a beach holiday this year, let’s spend a day with our friends and/or our kids collecting waste from the shores that welcome us.

But we must also start thinking long-term. In Munich earlier this year I saw an exhibition called Does Permanence Matter? Ephemeral Urbanism which investigated flexible, temporary structures from around the globe, challenging the ways we think about and inhabit the world. A few months later, at the Tuning Earths symposium at Whitechapel Gallery, I listened to architect Doina Petrescu speak about ‘temporary structures’ and the intrinsic proposition in them, to leave the possibility for future generations to decide how to use or inhabit space. Perhaps the most ethical position in relation to the earth and to its future inhabitants right now is to make sure we leave nothing behind. Or at least nothing permanent. Did the first men who extracted oil from the depths of the earth know that it would be impossible to put the poison back? What a way to ‘hit rock bottom’. In the single-sentence essay That Gagarin, Krasznahorkai’s narrator, an asylum patient, obsessing over the fate of Yuri Gagarin, the first human to journey into space, asserts that “we are all only made of stories.”[11]

We have to tell ourselves the stories that matter and to do things differently, and we have to do it together. A move from optimisation to preservation. If the world is now, sadly, above all a global market, then it must be informed by those fundamental concepts of supply and demand. Let’s start demanding the right things. “For my, no: for your, ah yes: for our children.”[12]