Cameron lost the EU referendum when he normalised bigotry, and we will all pay the price for years, writes Sarah Busby 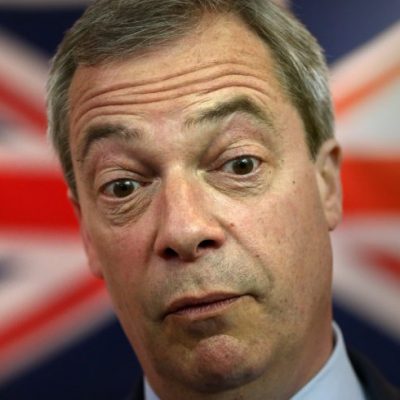 It may be that we can fashion some way through this but in the immediate aftermath of the result it’s hard not to conclude that we’re royally fucked. It feels like 1979, when Thatcher and her dodgy, well-funded backers were on the ascendant – but worse.  Batten down the hatches:  a political/economic shitstorm cometh. First, Cameron and his cronies legitimised head-swivellers like Farage, and all their attendant racism and xenophobia.  They happily colluded in the flagrant bollocks narrative that social problems are caused by….migrants. Not the avaricious bankers, not the venal hedge fund managers, not the plucky “risk-takers” (like Sir Philip Green) but the migrants. It’s the migrants that are a “drain” on public services (not the Tories whose political project is to represent the interests of the rich).  So look out for where that heady mix of economic glaikery and xenophobia takes us.

Secondly, it would be generous to describe Britain’s weirdo throwback “unwritten” constitution as unfit for purpose. The governing party are split between the right and the far right, only “won” the last UK election with the discredited first past the post system, and have next to no support in Scotland or Wales. They will now install someone to rule as PM, sans mandate – the media will find this thrilling. HM Official Opposition is Absent. Northern Ireland will be out of the EU, while the Republic will remain. If you proposed this as a way to run a new state or a political entity of any sort you’d be drowned in rotten vegetables.

In the Scottish independence referendum, No voters constantly cited (sometimes legitimate) concerns over economic instability. Yessers responded that staying with the UK could trigger a second Tory government pursuing austerity with renewed vigour followed by Scotland being taken out of Europe against its democratic will. Given the real prospect of looming recession, and that the worst effects will be suffered by those with the least, it doesn’t help much today that Yes was proved right.

Since the referendum, progressive Scotland has consoled itself with continued grassroots activity, SNP victories in Westminster and Holyrood and the emergence of some interesting and intelligent progressive voices. We won’t be hearing so much from them: it will be Michael Gove, Boris Johnson and endless Farage.  The anti-EU rhetoric was always so much camouflage for scapegoating foreigners and setting up the kind of low wage nirvana, free of cumbersome workers’ rights, that they and their corporate friends always dreamed of, and that’s now on its way.

It was often said in recent weeks that, after indyref, the Westminster and then Holyrood elections, people had had their fill of politics. Fair enough. But the Brexit result takes us back to age old questions – Who gets what? Where does real power lie? How do you create a create polity which works for the greater good? Today we seem further from answering these, drowned out by noisy opportunists and the sound of a decrepit apparatus crumbling into dust.