In the first of series of articles on changing Scotland, Simon Blair proposes making electricity free 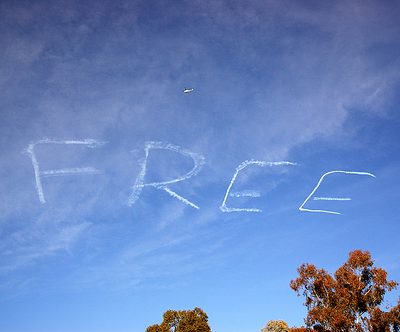 Amidst mounting economic uncertainty, fuel poverty and market collapse, it’s time to make bold changes for the public good. In a short time frame, we can ensure electricity is provided free to every household in Scotland. This would have wider positive repercussions and address many of the challenges Scotland and the world face right now. Inventor Nikola Tesla believed that everyone, everywhere should have access to free, clean energy and that this would enable humankind to ‘do away with the necessity of mining, pumping, transporting, and burning of fuel. And so do away with innumerable causes of sinful waste’. He saw universal access to free, clean energy as a ‘civilizing influence’. 114 years later, in this year of the COP26 meeting in Glasgow and while the climate emergency sees the world burning from California to Siberia, I’d like to propose a move that could solve some of our environmental and social problems. Making electricity free sounds crazy at first. It upends everything we know about that complex force that powers our homes and phones, but there it is. Like Nikola Tesla, I believe that electricity should be free – take that, Thomas Edison!

Now, before I outline the why and the how, some necessary caveats; I’m talking about domestic (i.e., household) electricity supplied to homes here in Scotland and it should be free at the point of use. My final caveat is that it will, of course, take an independent Scotland to both decide to do this and to wield the required powers to carry it out.

The timing too is right to think about this. Recent events have exposed the fundamentally broken nature of the UK energy market. A market where many suppliers, impossibly trapped between the wholesale market at one end of their business and the consumer market and price cap at the other, have gone out of business in the last few weeks. Frightened former customers have been reassured by the government that their lights will stay on via a Supplier of Last Resort, or a special administrator, if no supplier can be found. What kind of market is it when suppliers don’t want customers? The government expects energy prices to rise by 12-13% on average from October, with a similar rise likely when the wildly imperfect energy cap is reviewed in the spring. These rises will cause misery across the board and significantly impact lower income households requiring changes to the many and varied energy subsidies and payments. Now is the time to think differently.

To better understand why free power is worth pursuing, I’d like to step back a little and consider Tesla’s view of free, clean energy as a civilising influence. Other civilising influences may include public libraries which brought information to the people and access to free education. Emergency services such as fire and police provide safety and security, while the NHS provides healthcare, all free at the point of need. We now take all these services for granted, but it doesn’t have to be this way. Take healthcare, the clearest example of a market-led healthcare system must be the United States.

My rule of thumb for visiting A&E in the UK is that it usually takes four hours from arrival to exit. After a quick triage it’s either a long wait for a short treatment or a short wait for a longer treatment, but either way, in my experience, about four hours. As a family, we lived for a brief period in the US, and with two young children, had a few visits to A&E (or the ER as it’s known there). On our first visit, we were triaged immediately and given a private room to wait in. Soon, a nurse came in wheeling a trolley full of paperwork to complete. The hospital had to be sure that we were who we said we were, that we had coverage and that the coverage we had extended to their hospital and the likely treatment required. Information was collected and calls were made. We were home four hours later. The market-led system was not quicker or more efficient.

Subsequent visits were around the same duration, all for minor issues. The level of bureaucracy in dealing with the US healthcare system is incredible, and costly. The insurance companies are huge. Submitted claims are rarely settled in the first instance, requiring follow-ups, further information with emails and letters sent backwards and forwards. It’s wasteful and stressful!

It’s hard to understate how much of the average American’s life is given over to consideration of their health insurance and cover. Good jobs can be rejected, and bad jobs can be held onto for the sake of good cover. Kids remain at home or on parental policies for as long as possible. Getting married? What coverage does your future spouse have? This is something which is entirely alien to us in this country. Many people in the UK would struggle to explain the concept of health insurance having never had to deal with it. Even travel insurance can be a mystery.

There’s a free space in our mind where we never have to think or worry about health insurance. We are freed from these concerns by virtue of the hard-won existence of the National Health Service. A civilising influence. Healthcare delivered free at the point of use is a civilising influence. A transformative step in quality of life for those who have access to it. The question we should be asking ourselves is, ‘What is the next civilising step we can take?’

Another example a little closer to home is water. Scotland is blessed with an abundance of water, 90% of the UK’s surface freshwater. Scottish Water is in public hands with Scottish households paying a fixed amount in our council tax – £372 for 2020/21 or just over £1 per day – to cover water supply and wastewater services. This natural resource is collected, processed, and piped to every domestic property, free at the point of use. Businesses, however, are metered and pay for their use of water as an input to their business. We don’t need to think about tariffs, suppliers or switching when we turn on the tap. Furthermore, even without a competitive domestic market, Scottish Water was ranked the best UK water company for customer service in 2020/21. A well-run company is a well-run company.

To date here in Scotland, we have free access to education, healthcare, and water. What about other services like communications, transportation and, yes, energy?

Estonia recently trialled free public transport in the capital city Tallinn after a citywide referendum passed the motion with 75% of the vote. As the city already subsidised most of the system, the increased cost was covered by a rise in city tax. This enabled the elimination of turnstiles, payment systems, tickets, and cash handling costs across the system. It also saved time for passengers boarding and exiting busses, trams, and stations. The change was so successful, the efficiencies so significant, they have now rolled out free transportation across the country. Transport is now one less thing for Estonians to think about.

Given all these working examples, can we deny that the same could be done for energy? The social and environmental benefits are many.

One of the quickest and most effective ways to reduce carbon is to switch to clean electricity. In his recent book, ‘How to Avoid a Climate Disaster: The Solutions We Have and the Breakthroughs We Need’, Bill Gates identifies the energy sector as capable of addressing 27% of the 51 billion tons of CO2-equivalent emissions reduction required. Although he favours a market-based approach which will levy ‘Green Premiums’ to pay for the change, his main point is to decarbonise energy generation and electrify everything else. With free electricity, there is no need for a carbon tax or other incentive, the availability of free electricity is itself the incentive to decarbonise.

This also squares with the approach taken by Saul Griffith, co-founder of Rewiring America and author of ‘Electrify, An Optimist’s Playbook for Our Clean Energy Future’ a book arguing for the full electrification of the US to deal with climate change. Griffith recognises that ‘many of the barriers to a clean-energy future are systematic and bureaucratic, not technological’. In other words, this can be done now with the technology we have. His plan seeks to re-write regulations hindering the installation of renewable generation and to enable consumers to sell power back to the grid, still relying on the market and the financial incentive. He even predicts significant job creation from the switch from fossil fuels to renewables across the US. Scotland has already seen and benefited from this green dividend with over 22,660 employed in the renewables industry and an annual contribution of £5.2bn to the Scottish economy. 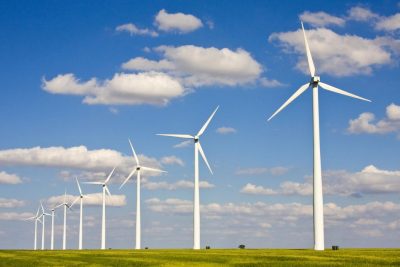 Another environmental target is the replacement of gas boilers, used for central heating and hot water with emissions-free alternatives. Replacing these boilers will be essential to achieving significant carbon reductions, however the alternatives, mainly heat pumps, are expensive. As heat pumps run on electricity, free power will be a significant incentive for householders to switch.

In terms of social benefits, the first thing to happen almost immediately would be the eradication of fuel poverty. Everyone will see a reduction in their monthly outgoings but those households where energy costs make up a higher percentage of overall costs will see the most benefit. The heat or eat equation changes dramatically when the fuel is free. This issue is more pressing given the imminent removal of the £20 weekly uplift to Universal Credit due on 6th October, estimated to impact 452,000 families across Scotland. Is there a greater civilisational step than removing fuel poverty?

Other areas would benefit too, support for the purchase of petrol vehicles could be cut or reduced as consumers realise the benefits of purchasing an electric vehicle with free fuel for life against a lifetime of visits to petrol stations.

Schemes to install insulation and improve draughty and older buildings would still have to run although it would be the state energy company which would be incentivised to make these improvements to manage demand. Additionally, those who are now working from home on a regular basis will no longer be paying for lighting, power to run office equipment or the coffee machine on behalf of their employer!

Nicola Tesla also famously predicted that ‘no free energy device will ever be allowed to reach the market.’ He was then, and remains, correct on this point. Yet this statement is not the dead end it seems to be. I suggest that, in Scotland right now, the conditions exist which allow us to take the bold and difficult step of removing the market to bring free power directly to the people.