As the cost of Trident 2 soars to £31 billion , Andrew Morton examines hypocrisy at the heart of the UK nuclear programme. 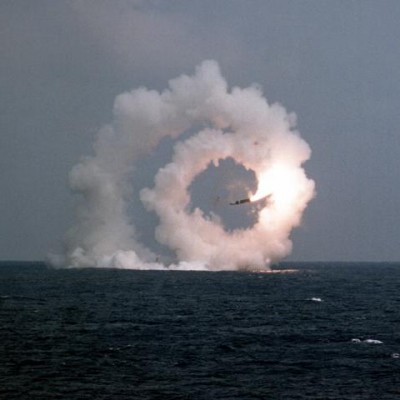 To refer to nuclear weapons as ‘the deterrent’ is to abuse language, with an expression that is both uninformative and unjustified. It is uninformative in that it conceals that to which it refers, namely weapons of mass destruction, and it is unjustified in that it makes an implicit and unargued claim, given that simply calling something a deterrent does not make it so.

The reality concealed by the term ‘deterrent’ is a stock of devices designed to produce gigantic explosions which are certain to cause a vast volume of almost unimaginable evils of human cruelty and suffering and of social, political, economic and ecological damage and destruction, which no human beings ought either to cause or to experience.

The misuse of the term is based on a misunderstanding of a novel and rather strained theory of deterrence devised at the height of the Cold War and related specifically to that context. It was that the approximate equality of the nuclear weapon stocks of the two rival power blocs in the world at that time would deter those blocs from ever using them, since their use would mean Mutually Assured Destruction, MAD. It was the parity of their possession combined with the unthinkability of their use which, it was argued, deterred both parties from ever using them. The unthinkability of those totally indiscriminate weapons (which therefore were no longer ‘weapons’ in the strict instrumental sense) was twofold, in that their use would be both materially disastrous and moral degrading.

Nearly 50 years on, amnesia, denial and euphemistic abuse of language have made the unthinkable thinkable. As a result, those unusable non-weapons are now thought of as just the biggest in an ascending scale of ‘normal’ weapons. These are regarded, in a ‘run-of-the-mill’ way, as sticks with which to threaten any other state which we consider to be a threat to our state, and which, by being a bit bigger, have a bit more of the same general sort of old-fashioned deterrent effect, namely the threat that if you hurt me, I will  hurt you. The consequence is the use of this empty but consoling and technical-sounding term ’deterrent’,  without any attempt to consider any evidence on whether the possession of those devices is likely to reduce or to increase the danger of aggression.

Amnesia, denial and euphemistic abuse of language have made the unthinkable thinkable

One is that in this country the General Assembly of the Church of Scotland engaged in a sustained and careful deliberation on nuclear weapons over several decades from the 1950s to the 1980s, the outcome of which was a clear and conclusive rejection of the possession and threat of such weapons. As an ecclesiastical parliament, it paid particular attention to theological and moral reasoning, but as one whose composition and deliberative methods were similar to those of a civil parliament, at a time when there was none in Scotland, its deliberations drew on a broad range of human experiences and disciplines, and still form a useful resource.

The other much larger fact is that all the states which openly possess nuclear weapons are under treaty obligation progressively to remove them. This is because 45 years ago in 1970 nearly 200 of the world’s states signed the Treaty on the Non-Proliferation of Nuclear Weapons. By that treaty the majority of states, that do not possess nuclear weapons, agreed not to acquire them, on condition that the minority that do possess them, the 5 that do so officially, USA, Russia, UK, France and China (regardless of the other 4 that possess them irregularly, India, Pakistan, North Korea and Israel), undertook to proceed to get rid of them. However, after 45 years we, the latter group of parties to this multilateral deal, have not kept our side of the bargain; we have failed to be ‘multilateralists’. It is now arguable that we will never fulfil this obligation, if every one of us nuclear weapon states waits passively on every other one, and that it will only happen if one state, or more, takes an active initiative to break the log jam. Far from this official multilateral context ruling out individual initiatives, such initiatives may offer the only way to make any progress towards fulfillment of our solemn international obligation to end all possession of all nuclear weapons.