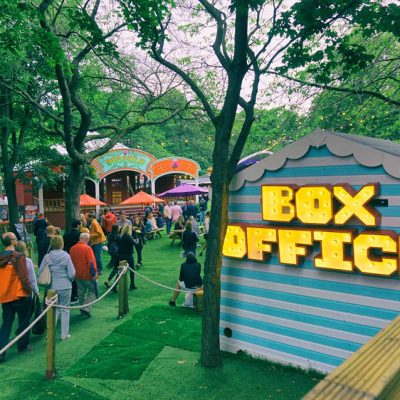 A few weeks ago, Liverpool was stripped of its coveted World Heritage Site status, an international designation given by UNESCO for places of global heritage significance. For some, this came as a surprise, but it followed years of concern about development proposals in the city. Only twice before has UNESCO made this bold decision since the list began in 1978, the other two being Oman’s Arabian Oryx Sanctuary in 2007 and the Dresden Elbe Valley in Germany in 2009. Similar conversations are also now taking place at Stonehenge and Venice, two World Heritage Sites under severe tourism pressure. Guardian journalist Oliver Wainwright wrote on 21 July that this is hardly surprising, saying the City Council “has trampled its historic buildings with glee, pursuing needless demolition and rubber-stamping numerous atrocious developments, wreaking civic vandalism on an epic scale”. Its former mayor viewed WHS inscription as little more that “a certificate on the wall”.

One section stood out for me was Wainwright’s comment, “in March, a damning central government inspection described instances of building work starting without planning consent, as well as reports of building regulations and planning agreements being breached that were ignored.”

Why so? Well, at the time, I was busy writing the Cockburn Association’s formal response to Assembly Festival’s planning application in George Square Garden to operate it was a Fringe and hospitality venue.

Many festival venues have been operating for some time without necessary planning consents. George Square Gardens was one

At Edinburgh Council’s May Planning Committee, on the subject of the relaxation of planning controls for the city’s Summer Festivals, the Chief Planning Officer reported that an assessment by his department suggested that many festival venues have been operating for some time without the necessary planning consents in place. George Square Gardens was one such place.

The use of civic spaces for cultural events and activities can bring vibrancy and vitality. They can add value and create a sense of excitement. They can also be divisive and damaging, especially when infrastructure-heavy events cause damage the ground and specifically in George Square Gardens, to the trees whose root systems are susceptible to heavy traffic.

There is then the loss of essential amenity space. If there is one lesson from Covid that we have all learned, it is the importance of civic and amenity space to our physical and emotional well-being. 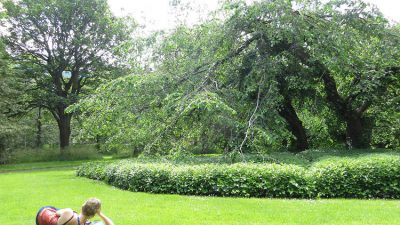 These were the issues in our mind as we prepared our comments on this first ever planning application to use the Gardens as a venue. It was therefore ironic that the final day for public comments to be submitted on the planning application (23 July) was the date of the formal VIP opening event scheduled in the evening. The development had already been built with no planning consent in sight. This suggested either extreme confidence in gaining approval or contempt for the statutory planning system in this city. Wainwright’s words of the laissez faire approach in Liverpool resonated.

In the wider context, the Cockburn asked to see the report referred to by the Chief Planning Officer via a Freedom of Information request. The response was clear. There was no information to disclose as there was no formal report; only a chat in the office between colleagues. No systematic collation of breaches of the statutory planning consents seems to have been made. Given the huge outcry in late 2019 when Underbelly erected a massive space deck in East Princes Street Gardens without consent, a review of planning and events in public spaces might have worthwhile.

At our City for Sale public summit in January 2020, Professor David MacGillivray, an expert on festivals and urban spaces, spoke of the process of Festivalisation. He reported on the increasing trend of cities world-wide using festivals as a marketing and brand tool, with increasing use of temporary venues and pop-up structures in civic spaces as a notable feature.

Over time, public spaces get “re-structured” from a civic use value to an exchange value whereby symbolic civic spaces are seen merely as saleable assets or commodities. This normalises and justifies the events process, accepting the privatising of their use. It also sees a lessening of management regulations aimed at preventing this process in the first place.

Edinburgh has had its fair share of major developments, and UNESCO has already highlighted its concerns about Edinburgh’s World Heritage Site on several occasions. (https://www.cockburnassociation.org.uk/news/a-tale-of-two-cities-world-heritage-in-edinburgh-and-liverpool/).

In noting that Edinburgh’s position as a World Heritage city was not under imminent threat, the key word is “imminent”. The underlying trend is one of ambivalence and decay which unless reversed, may well result in Edinburgh being registered as World Heritage at Risk. Have a look in the Old Town where pop-up structures have appeared to provide outdoor drinking space for pubs and restaurants. Understandable in many ways, but the lack of coordination and “Wild West” approach not only affects the visual amenity of streets like Cockburn Street but has affected the lives of local residents as well.

Do big corporate events justify putting the city’s planning system to one side?

We could just shrug our shoulders and dismiss breaches of planning control like that at George Square Gardens or the previous Christmas market. If we do so, are we not just accepting the commodification civic spaces? Are we saying that big corporate events justify putting the city’s planning system to one side? Do local communities and businesses have no say in what happens in their neighbourhoods?

Such a thoughtless and short-term approach may only hasten the day when we join Liverpool on the international naughty list. However, I believe that we are better than that.

There are good policies in place. The civic will to enforce them is key. The City of Edinburgh Council, the Scottish Government and other national organisations, like Historic Environment Scotland, need to refocus their considerable energy and resources on the conservation and protection of the Edinburgh’s built heritage before a monitoring mission from UNESCO reviews the status of the Athens of the North once again.

There’s more at stake than a certificate on the Lord Provost’s wall.

Terry Levinthal is the Director of The Cockburn Association. The Association (SC011544) was founded in 1875 promote and encourage the care and conservation of Edinburgh’s unique architectural and landscape heritage. www.cockburnassociation.org.uk 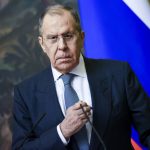 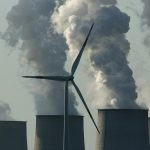