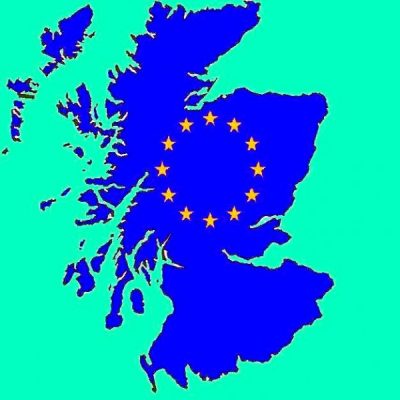 John Brown, my oldest Edinburgh University friend, placed reading and discussing history before publishing it. The numbers of the EDINBURGH HISTORY GRADUATES REVIEW he edited for two decades after the 1980s are essentia for ‘getting the discipline’ before metrics and the Research Assessment exercise set in. John was Gordon
Brown’s supervisor for his PhD on ‘The Scottish Labour Party up to the mid-1920s’ and while remaining on friendly terms with him, he ended critical. Agnostic but never cynical, he turned to John Dryden for his closing verdict, not just on Brown …

All, all of a piece throughout;
Thy Chase had a Beast in View;
Thy Wars brought nothing about;
Thy Lovers were all untrue
‘Tis well an old age is out,
And time to begin a new.

To begin anew … But where and by what means? Am I useful as a critic, given a planned re-embarkation for Europe? But is understanding Hanoverian Britain possible without ‘placing’ that  European kingdom, 1714-1837, stretching from the Elbe to Holland, and with its new university of Goettingen, critical to the German enlightenment. This marine network of banking and civic structure would in time produce the Hanse ‘Patrizier’ notably in Thomas Mann’s BUDDENBROOKS, and – less easy to rationalise – 1944’s July plotters against Hitler …

Tuebingen, June 2001. ‘And what did you think of THAT?’ said the sharp old lady, as the sounds of Tony Blair’s sofa-discourse with Hans Kueng died away. Drunken yoof was to be dragged to the nearest BankAutomat and fined on the spot. That was for the SUN and Alastair Campbell, court piper, would sell it. Been there, drank that, got sober. Didn’t forget.

Marion Donhoff was ill by 2001 but still, as Hella Pick put it in the GUARDIAN, to the end a hack on an assignment. She hadn’t stopped in summer 1944 when the Gestapo had executed her boyfriends. Started anew, getting out of East Prussia on a horse and reaching Hamburg along with various returned exiles and liberal UK occupying forces.

For a time these were headed culturally by Hugh Carleton Greene, GrimGrin’s brother. In a few years there emerged the remarkable media landscape of DIE ZEIT, the ARD (Federal Germany’s BBC), and DER SPIEGEL.

In the late 1970s Robert Mueller, a Jewish veteran of all that and married to Billie Whitelaw (also muse to Samuel Beckett) gave BBC TV Heinrich Mann’s MAN OF STRAW, with Derek Jacobi’s brilliant portrayal of an imperial crawler, Sybille Bedford’s A LEGACY, to Neal Ascherson the greatest of political novels (‘My family’s there: Berlin Jews with no interest whatever in the Arts’. An extraordinary version of Hermann Suedermann’s THE SONG OF SONGS, turned into a three-dimensional totentanz of music and society from Brahms to Berg.

That such good fortune (papers so heavyweight one has to start by tearing them apart) would restrain Murdoch and Blair’s Britain seemed improbable and, after the Iraq invasion, impossible. But why is it now – fifteen years later and despite devolution – an Event to see a Scottish teenager in a library?

I think of Francois Truffaut’s tragic satire FAHRENHEIT 451 (1966) in which images enforced by consumerism have taken over. The ‘book people’ have fled to a forest outside Paris and have become books. ‘I’m THE MASTER OF BALLANTRAE, that pair – THE BROTHERS KARAMAZOV’, telling their stories to those brave enough – the lovely Julie Christie – to listen’ . It doesn’t seem as grim in Germany. Tuebingen’s town library, opened only 20 years ago, does good trade, partly through the opening to the East, and a continuing trust in the printed text and its tradition.

Further, German federalism’s combination of the local and the universal always offers the chance that the party-landcape, industry, local skills – that untranslatable ‘Heimat’ – will make us ‘stick at it’ and want to see, as Louis MacNeice wrote ‘the end of one particular action.’ As Lesley Riddoch and the late Paddy Bort have pointed out, they have lots of burghs and parishes to reflect this – while in Scotland we only raise our eyes to cop the basilisk stare of the Universal Accountant.

Who nevertheless is apt to wink at his law which has resisted for years a systematic anti-fraud programme. We require this, and the sound of the occasional prison door clanging behind ‘malefactors of great wealth’. Even Gordon Brown now seems to agree. James Lorimer, father of George Davie’s ‘Democratic Intellect’ studied in Baden’s Heidelberg, and in 1884 was first to propose a federal Europe, believing that this would stimulate the ‘little platoons’ to counteract the moneybags.

But they must be imaginative and argumentative. After a decade of an SNP Government I found that Holyrood still doesn’t take Saturday or Sunday papers. Fergus Ewing still grins, Shona Robison has her three expressions. Ruth Davidson fraternises with a Lemur. No wonder Alex Salmond freaked out on ‘Mr Vladimir, who sees Europe from its other end?’

Too late for change? Should the SNP not have convened in May 2015 in Edinburgh under its 1935 constitutution: proclaiming Scotland to be a European Province, part of the governance of the New North Sea? When accepted political frontiers and conventions are falling apart, along with what the eighteenth century would have called the ‘polite discourse’ of research, fair-dealing and recognition/restitution of material and intellectual property, we check in at the front desk, no questions asked.