Mark Kermode is over-optimistic about the current state of animation, writes Nathanael Smith 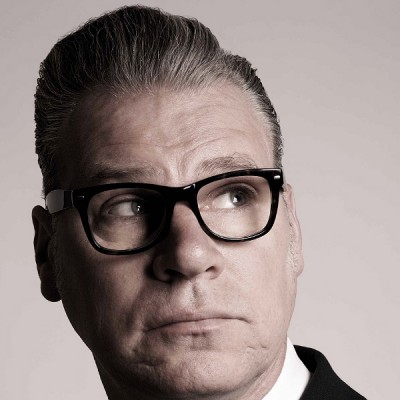 Mark Kermode recently posted a video to his Youtube channel called ‘Animation Excitation,’ in which he celebrated the current state of animation in cinema (link below). He highlighted Inside Out, Song of the Sea and The Tale of Princess Kaguya in particular as three films in the space of one year that showcase exactly how good animation can be. Alongside The Boxtrolls – a stop motion film from last year – it also demonstrates the sheer diversity of animation techniques these days, and how consistently good they are. He ends the video by saying “This really is a new golden age, and the way things are going, it’s just going to get better.” Is that really true?

Now, firstly The Good Doctor is quite right in drawing attention to the masterpieces we’re lucky enough to have witnessed recently. Song of the Sea (still out in cinemas, if you can find one near you playing it) and Kaguya are two of the best films of the year, and Inside Out really isn’t that far behind. Recently Pixar also released their trailer for The Good Dinosaur, which pushes technological boundaries with its photorealistic landscapes, and we still have Boy and Bear, When Marnie Was There and The Little Prince awaiting us in the (hopefully) not too distant future. Kermode could also have mentioned Shaun the Sheep and How To Train Your Dragon 2 alongside The Boxtrolls as examples of the sheer variety and quality available for animation fans.

Yet as much as I love the optimism of the video, and am grateful for the profile given to animation by critics such as Kermode and others, my heart still sinks a little when I see it; I just don’t believe that everything is quite as rosy as Kermode suggests. Perhaps it might be better to think of this spell of brilliance as the last oasis before miles of desert.

That’s perhaps a little too bleak, but the outlook isn’t great. Princess Kaguya and The Wind Rises are both incredible animations, making the most of their media by creating impressionistic, imaginative imagery. The former, in particular, is like nothing you’ve seen before, with pastel colours and sketched lines integral to the audience’s understanding of character and emotion. They are both remarkable but also, one suspects, swansongs for both directors. Studio Ghibli are taking an indefinite break from feature films, and while it was announced that Miyazaki is making a CG film for the first time, it’ll be a short that only plays in the Ghibli museum. Disney have gutted their 2D animation department as well, leaving the US with no major studio that makes that hand drawn animation.

The problems are then compounded when you consider distribution. The three films Kermode mentions are all excellent, but only one of them will play in every multiplex in the country. Studio Canal distributed the Song and Kaguya in the UK, and they appeared for a brief time in a couple of chain cinemas here in Scotland, but they are, in general, a lot more difficult to see than Inside Out, Minions or Home, all CG releases. The diversity of media only exists if you are fortunate enough to live in a city that has independent cinemas or slightly more adventurous multiplexes.

With no Ghibli, no Disney hand drawn animation and chronic underfunding and poor distribution for anything that isn’t a major studio feature, the future isn’t very welcoming for anything that doesn’t have easily marketable sidekicks delivered in glossy 3D. Therefore, when times like this come around, and there is a rare wealth of extraordinary animated cinema to explore, we should be even more grateful for the work of Takahata, Moore and others. Yes, there are some great animations around at the moment, but that’s the exception, not the rule.

One final point: Kermode asks “when was the last time you could look back at the recent history of animation and name that many films with that kind of diversity?” The answer is 2009-2010, which had – breathe in – Coraline, Fantastic Mr Fox, The Princess and the Frog, Up, The Secret of Kells, Cloudy With A Chance of Meatballs, A Town Called Panic, Mary and Max, Toy Story 3, How To Train Your Dragon, Tangled, Arrietty and The Illusionist. Now that was a golden age.